Oil India said the experts from Singapore are confident of controlling the blowout at the earliest. 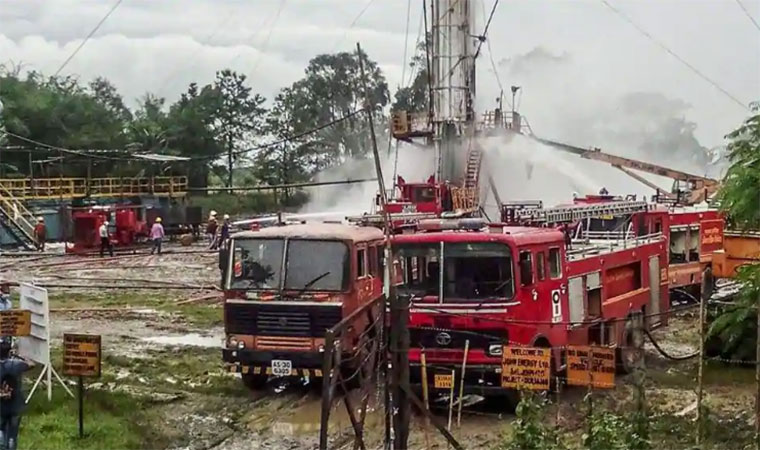 The gas blowout in the Baghjan oil field in Assam’s Tinsukia district has continued since May 27.(PTI)

Three experts from a Singapore firm reached Assam’s Tinsukia district on Monday to try to plug the uncontrolled release of gas, 13 days after a natural gas well of Oil India Limited (OIL) had a blowout.

The well located at Baghjan close to the Dibru Saikhowa National Park continued to release natural gas and oil condensate “uncontrollably” since it first started on May 27.

The experts from Alert Disaster Control, who landed in Guwahati on Sunday by a special chartered flight, reached Duliajan on Monday morning where they were briefed by OIL officials about the situation on the ground.

“The experts complimented OIL for all the preparatory works carried out so far. They are confident of controlling the well at the earliest,” OIL said in a statement.

Nearly 2,000 residents of the area have been shifted to four relief camps in view of the blowout which is described as uncontrolled release of gas or oil from a well when pressure systems fail.

According to OIL, safety of the local people in the area and the technical team working at the well site will be of prime concern while carrying out the operation to control the blowout.

Last week, a team from the Union petroleum ministry had visited the site to take stock of the situation.

In 2005, when a similar blowout took place at an abandoned oil well of OIL at Dikom in Dibrugarh district, it took nearly a month to bring it under control.