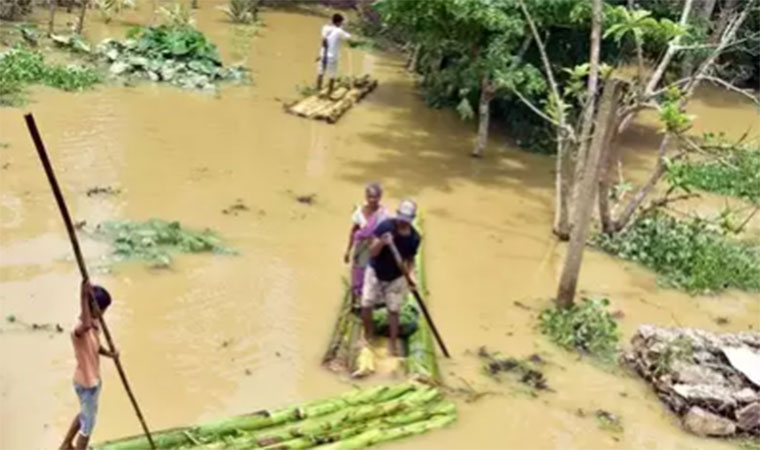 GUWAHATI: The flood situation in Assam remained serious on Sunday with nearly 60,000 people still affected by the deluge in six districts, officials said.

According to the daily flood report of the Assam State Disaster Management Authority (ASDMA), 59,840 people have been affected due to floods in Dhemaji, Goalpara, Nagaon, Hojai, West Karbi Anglong and Cachar districts.
Goalpara is the worst hit with over 42,000 people affected followed by Hojai with more than 13,000 people and West Karbi Anglong with around 3,000 persons, it said.

Till Saturday, more than 59,000 people were affected in five districts.

So far, the total number of persons losing their lives in the first wave of flood stands at 10 across the state.
The SDRF has rescued five persons in the last 24 hours in Goalpara, ASDMA said.

At present, 103 villages are under water and 6,439 hectares of crop areas have been damaged, it said.

It said authorities are running 11 relief camps and distribution centres in two districts, where 1,727 people are taking shelter currently.

Embankments, roads and many other infrastructures have been damaged at various places in Biswanath and Barpeta districts.

Massive erosions have been witnessed at different places of Dibrugarh and Lakhimpur, ASDMA said.

News Source The Time of India