The execution of this engineering feat was a challenging task that involved the mobilisation of 233 metric tons of bridging stores over 400 kilometres, a Defence spokesperson said. 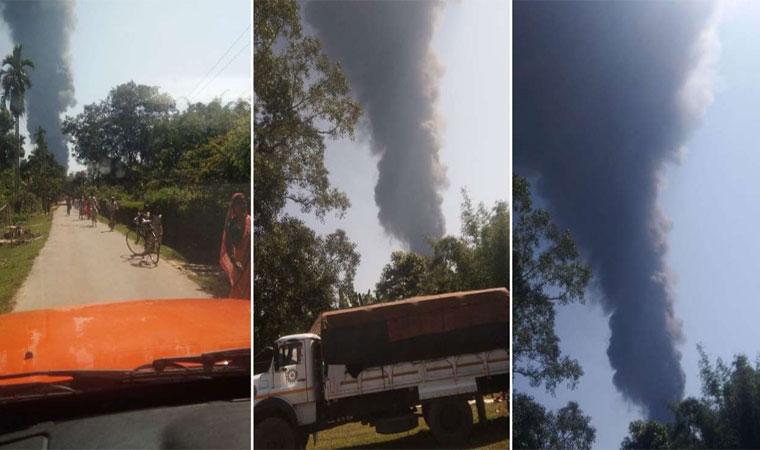 File Photo: Fire at Assam’s Baghjan oil field has been on for two weeks

“The construction of this bridge was extremely critical for the task of controlling the fire, as it provides the only access to the experts to approach the well. The experts now plan to lay a heavy-duty pipeline over the bridge and create a water umbrella for dousing the fire,” Lt Col Harsh Wardhan Pande, PRO Defence said in a statement.

According to the statement, the execution of this engineering feat was a challenging task that involved the mobilisation of 233 metric tons of bridging stores over 400 kilometres. 150 specially trained troops of Army undertook the task for construction under extremely risky and hazardous conditions in the vicinity of the raging fire with working temperatures exceeding 75 degrees celsius.

Undaunted by the multitude of the engineering challenges the Army constructed the bridge in a short time of 24 hours under heavy rainfall and extreme temperatures.

The bridge has provided the much-needed impetus to the ongoing disaster relief efforts. A special team will continuously maintain the bridge and keep it afloat even in the harshest of conditions.