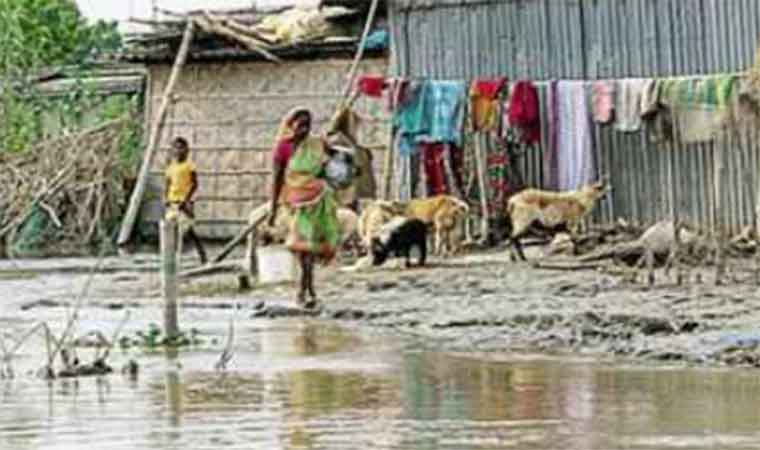 GUWAHATI: Flood waters continued to recede in Assam improving the situation considerably, though 84,100 people across 10 districts are still affected by the calamity, an official bulletin said on Thursday.

At present, 177 villages and 15,964 hectare of crop areas are under water, the Assam State Disaster Management Authority (ASDMA) said in its bulletin.

More than 1.43 lakh people in 270 villages across 15 districts had been reeling under the deluge on Wednesday.
Flood and landslides claimed 136 lives this year in Assam. While 110 people died in flood-related incidents, 26 were killed in landslides.

Goalpara is the worst-hit district with over 54,300 people affected, while more than 8,000 and 4,200 people are suffering from the calamity in Bongaigaon and Kokrajhar districts respectively, ASDMA said.

The seven other districts hit by the deluge are Dhemaji, Baksa, Chirang, Kamrup, Kamrup Metropolitan, Morigaon and Nagaon, it said.

ASDMA said that the authorities are running six relief camps and distribution centres across four districts, where 514 people are currently lodged.

The Brahmaputra river is flowing above the danger mark at Dhubri town and Nimatighat in Jorhat district.
Roads were damaged in Dhubri district, while erosion has been witnessed at some places of Baksa because of the flood, ASDMA said.

A total of 157 animals have lost their lives in flood-related incidents, while 174 others were rescued in Kaziranga National Park, the bulletin said.

The deluge has also affected 38,415 domestic animals and poultry across the state during the last 24 hours, it added.