While the first proposal to accord national park status to the region dates back to 1995, Dehing Patkai was declared a wildlife sanctuary in 2004. 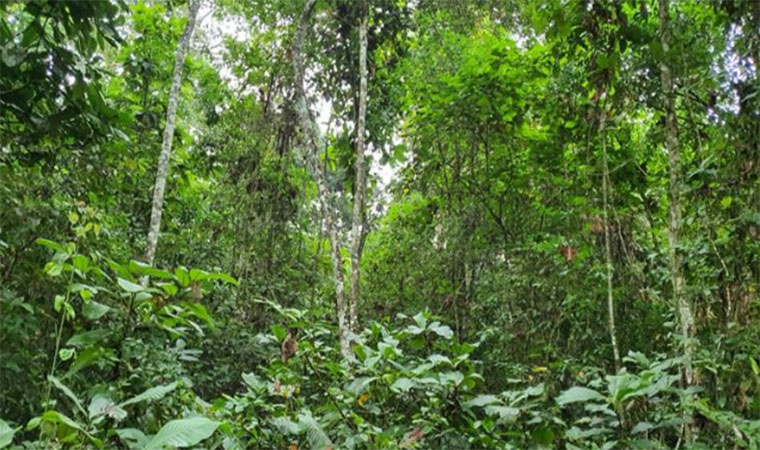 The Assam government on Monday decided to upgrade Dehing Patkai Wildlife Sanctuary into a national park. The announcement comes just months after the National Board of Wildlife’s (NBWL) conditional clearance to a coal mining project by Coal India Limited (CIL) in the Dehing Patkai Elephant Reserve sparked a spate of virtual protests in the state. Subsequently, North Eastern Coalfields (NEC), the CIL subsidiary, temporarily suspended all mining operations in the region.

“Our Govt has decided to upgrade the Dehing Patkai Wildlife Sanctuary in Assam, which is home to a vast variety of flora and fauna, to a National Park. In a meeting with senior officials in Guwahati today, I have directed them to take necessary steps in this regard,” tweeted Assam Chief Minister Sarbananda Sonowal on Monday afternoon.

The 111.942 sq km Dehing Patkai Wildlife Sanctuary is located within the larger Dehing Patkai Elephant Reserve, which spreads across the coal- and oil-rich districts of Upper Assam (Dibrugarh, Tinsukia and Sivasagar) and is believed to be the last remaining contiguous patch of lowland rainforest area in Assam.

However, state Environment and Forest Minister, Parimal Suklabaidya, said the announcement is not related to the mining controversy. “We had been considering the upgrade for a while now,” he said,“ Dehing Patkai is our property, our pride and we have to do our best to preserve it. As a national park, its importance will increase and new rules will bring increased vigilance to the area.”

While wildlife sanctuaries are protected areas which permit some activities such as grazing, experts say national parks call for a complete protection status under The Wildlife Protection Act, 1972.

“[Some] human activities can be allowed inside a wildlife sanctuary, but no human activity is allowed in a national park,” said AM Singh, Principal Chief Conservator of Forest (PCCF) and Head of Forest Force.

A release from the Chief Minister’s Office on Monday evening said Sonowal “directed the forest department to take necessary action for up-grading Dehing Patkai into a national park in consultation with the Union Environment and Forest Ministry.”

It added that Sonowal had directed the forest department to “prepare a draft notification and hold a public hearing to take the views of local dwellers” residing around the sanctuary. Further directions included preparing an “action plan for preserving the adjoining areas of the wildlife sanctuary” and including “the opinion of the public in the adjoining areas in the draft action plan.”

PCCF Singh said that a “long process” precedes the park’s final notification. “According to the Wildlife Protection Act, between the draft and final notification, you will have to give time for public hearings, listen to stakeholders, neighbouring villages, consider their queries, and make settlements etc,” he said, “We have only initiated the process now.”

While the first proposal to accord national park status to the region dates back to 1995, Dehing Patkai was declared a wildlife sanctuary in 2004.

“Apart from the fact that is a contiguous patch of rainforest, it is also the place with the highest concentration of the rare endangered White Winged Wood Duck can be found,” said wildlife expert Dr Anwaruddin Choudhury, a former joint secretary of forest department, who had first proposed an area of 267 sq km to be earmarked for the national park in 1995.

While in its current status, the Dehing Patkai Wildlife Sanctuary includes parts of the Upper Dihing, Joypur and Dirak Reserve Forests, it is not yet known what areas the notified national park will include, and if the overall area of the park will be larger. “Right now, we are only taking the current wildlife sanctuary into account. We will consider extensions later,” said Suklabaidya.

The site of NEC’s mining project is 9.19 km from the sanctuary.

An official from the forest department said on condition of anonymity, that extending the sanctuary’s boundaries may not be easy. “Many agencies like Coal India Limited, Oil India Limited have leases in the area. Those will have to be settled. Community views have to be considered,” he said, “The curb on mining activities will depend on how exactly the boundary is defined,” he added.

Post upgradation, Dehing Patkai will be the sixth national park in Assam — the other five being Kaziranga, Nameri, Manas, Orang and Dibru-Saikhowa.