At least 25 MLAs in Assam, including former chief minister Tarun Gogoi, have tested positive for coronavirus ahead of the Assembly’s Autumn Session today. 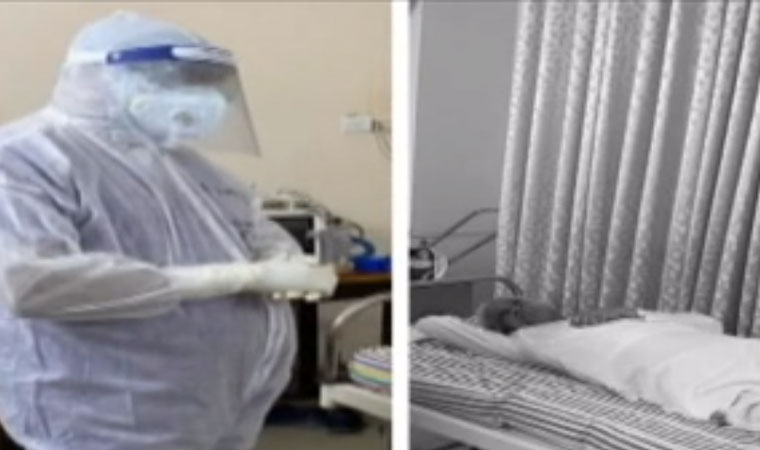 Once considered Mr Gogoi’s blue-eyed boy, Mr Sarma joined the BJP in 2015 after a falling out with the Congress veteran. He played a key role in ousting the 15-year-old Tarun Gogoi government and helping the BJP win the Assam state assembly elections for the first time. The two have since been arch rivals, often taking pot shots at each other.

To enquire about health of former CM Sri @tarun_gogoi I visited GMCH, and using PPE kit personally went inside the unit where he is recuperating. Also met other Hon MLAs, who have been found #COVID19 +.

Wished them well, and speedy recovery.#assamfightscovid

The tweet came on the eve of the Assam Legislative Assembly’s four-day autumn session, which started today after rapid Covid testing was done for all employees, MLAs and attending journalists amid the COVID-19 alert.

So far, out of 126 MLAs at least 25 have tested positive, including Deputy Speaker Aminul Haque Lashkar and Minister Sum Ronghang.

In view of the pandemic, various restrictions have been imposed inside the Assembly. As many as 21 bills are expected to be tabled, government sources said.

The Opposition is likely to raise issues related to the BJP-led state government’s handling of the COVID-19 pandemic and the impact of the lockdown.

The assembly is being convened after more than five months because of the coronavirus pandemic, which has claimed close to 300 lives and infected more than 1 lakh people in Assam. The per million testing in Assam is third highest in the country with 63,000 tests per million.

Mr Sarma has led Assam’s Covid management from the front. In past five months, he has visited Covid care centers, hospitals and plasma donations camps almost round-the-clock in his PPE kit.