On Friday afternoon, Rituparna Pegu and another employee of the shop entered into an argument over a chair following which, another man stabbed Pegu with a knife. 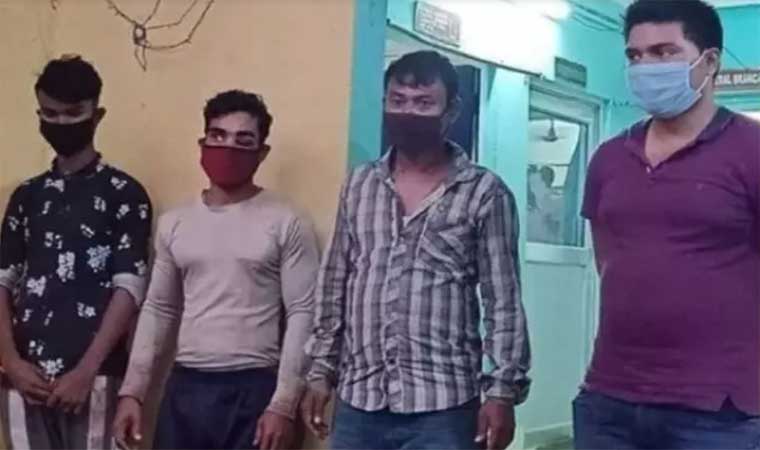 Five people have been arrested in connection with the case.

The Guwahati Police has arrested five persons in connection with their involvement in the murder of a 26-year-old man. The victim was stabbed following an argument over a chair.

The incident took place at a shop in the Noonmati area of Guwahati, Assam on Friday afternoon. The victim, identified as Rituparna Pegu, worked at a shop owned by Armaan Ali.

On Friday afternoon, Rituparna and another employee of the shop entered into an argument over a chair following which, another man stabbed Pegu with a knife.

The victim immediately collapsed on the roadside. The entire incident was captured on a CCTV camera installed at the shop.

Rituparna Pegu was rushed to the local hospital where he was declared brought dead.

While four persons were arrested on Friday evening on the basis of the CCTV footage, the owner of the shop was held on Saturday.

A case has been lodged against the five accused at Noonmati police station under Sections 147/148/149/302 of IPC.

Officer-in-Charge of Noonmati police station Rajib Baruah said that five persons including the owner of the shop have been arrested so far in connection with the incident.

“We immediately rushed to the spot following the incident. We admitted the victim at the hospital, but doctors declared him brought dead. We had arrested four persons yesterday and one more arrested today,” the police officer said.

On the other hand, following the directive of Assam Chief Minister Sarbananda Sonowal, the crime branch of Assam Police has started an investigation into the incident.