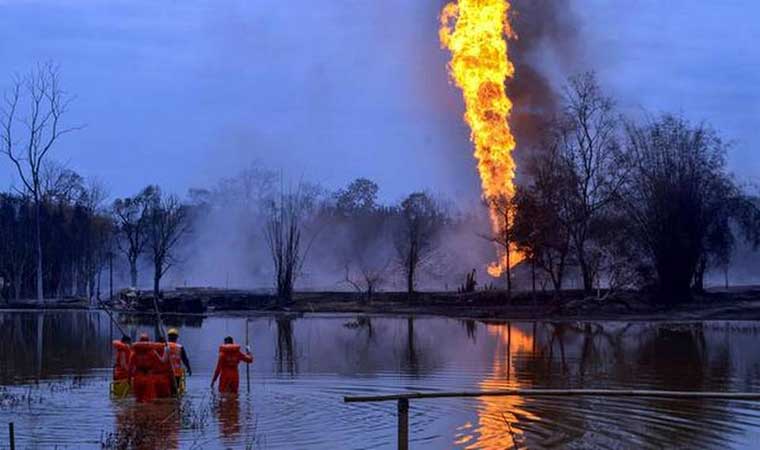 The exploration major had threatened legal action against the ‘improbable’ notice.

The Pollution Control Board Assam (PSBA) is likely to revoke its June 19 order to the Oil India Limited (OIL) to close down all its crude oil and natural gas wells around the blowout-affected one in the Baghjan area of eastern Assam’s Tinsukia district.

“The chairperson of PCBA spoke with our Chairman and Managing Director today and the closure notice is in the process of being lifted,” OIL said in a statement on Monday.

The PCBA had asked OIL to immediately cease all drilling and production operations in its Baghjan oilfield. This would have meant shutting down 17 crude oil and four natural gas wells that together produce a sizeable quantity of OIL’s output.

After receiving the notice, OIL said shutting down the wells was not an option as it could lead to an ecological disaster besides hampering the operations to cap the blowout well that burst into flames later. It also threatened to go to court against the ‘improbable’ notice.

PCBA chairperson Y. Suryanarayana did not specify whether the notice order would be revoked before OIL challenges it legally.

But OIL officials said the PCBA has asked them to submit an affidavit for the order to be revoked via email.

Fewer local organisations stopped or blocked operations at OIL’s installations across eastern Assam than in the last few days. The cumulative production since May 27, when the blowout happened, has been 8,162 metric tonnes of crude oil and 10.4 million metric standard cubic meters of natural gas, officials said.