Assam Finance Minister Himanta Biswa Sarma said subsidised rates for pulses are sugar will also be announced in the budget. 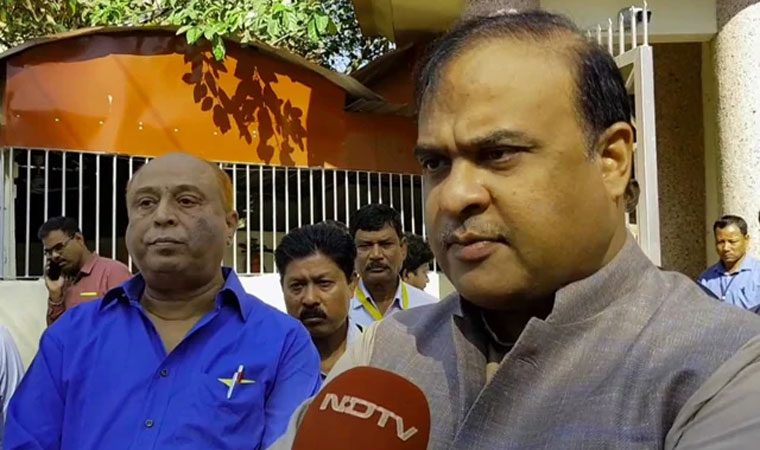 Assam Finance Minister Himanta Biswa Sarma prices of pulses and sugar will be subsidised by 50%. (File)

Guwahati: Assam Finance Minister Himanta Biswa Sarma announced on Friday that the BJP-led state government will offer free rice to the poor and also provide pulses and sugar at subsidised rates in the next budget. The poor in Assam get rice at Re 1 per kilogram.
“Rice will be made available for free. When the Congress comes to power, the prices of pulses and sugar skyrocket. We will subsidise pulses and sugar by at least 50 per cent. These schemes will be announced in the next budget session,” Mr Sarma said at a rally in support of citizenship law CAA in Assam’s Golaghat.

Mr Sarma also attacked the Congress, saying that the party is now protesting against Citizenship Amendment Act (CAA) but forgot MAA (mother) when it was in power and allowed illegal Bangladeshis to settle in the Kaziranga National Park.

“The BJP-led government freed the park from encroachment. Since then, the rampant killing of one-horned rhinos has drastically come down. During Congress’ rule, there were up to 50 rhino poaching cases every year. Now, it is nil,” the minister said.

At a party event in Guwahati on Thursday, Mr Sarma had claimed that Assam, Tripura and Sikkim have been brought under the Citizenship Amendment Act because Hindu Bengalis live in these states. States like Nagaland, Manipur, Meghalaya and Mizoram are out of the scope of citizenship law because there are no Hindu Bengalis there.

“As per government records, there is hardly any Hindu Bengali population in Nagaland, Manipur, Meghalaya, and Mizoram. So, adding these states will not mean anything. It will unnecessarily fuel protests and may create law and order situation. In these states, there were hardly any applications of citizenship. Mizoram and Arunachal Pradesh has have Inner Line permit. Meghalaya barring Shillong has sixth schedule. In Tripura, Assam and Sikkim, there are Bengali Hindus,” the minister said.