Order follows complaint by People for the Ethical Treatment of Animals, India 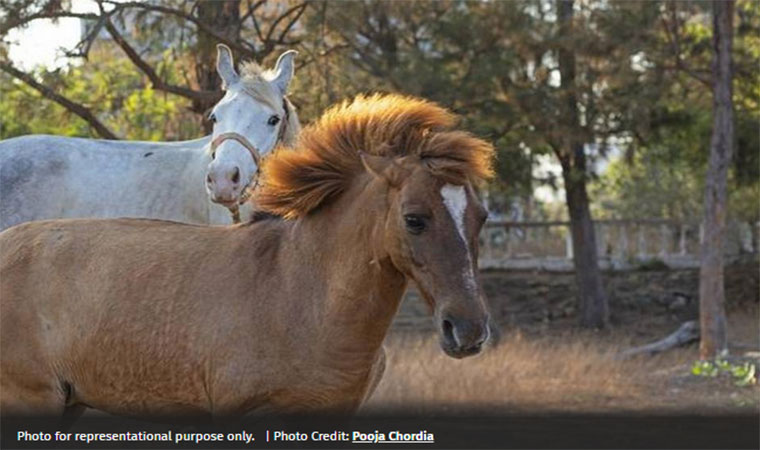 The Assam government has issued an order asking district veterinary officers to ensure that spiked bits, harnesses or yokes with spikes, knobs or projections, or any sharp tackle or equipment are not used to control any animal.

This followed a complaint by the People for the Ethical Treatment of Animals or PETA-India.

The order by Devojyoti Hazarika, Secretary in the Animal Husbandry and Veterinary Department, was issued on January 17 but implemented belatedly due to social and political developments followed by the COVID-19 lockdown.

According to PETA-India, spiked or thorny bits – device put in a horse’s mouth and attached to the bridle and the reins to control the animal – are being used rampantly in Assam although they are banned under Rule 8 of the Prevention of Cruelty to Draught and Pack Animals Rules, 1965.

In its letter to the Assam government, PETA-India pointed out that there were some 13,000 horses and ponies in the State (Livestock Census 2019). Spiked bits used to control these horses used for weddings, rides and for hauling goods sink more than a centimetre deep into their mouths.

Based on the results of a multi-state survey of government efforts to enforce India’s ban on using spiked bits on horses, PETA-India,, in December 2019, undertook a campaign aimed at helping the police search for and confiscate the illegally used devices.

Assam followed States such as Himachal Pradesh, Maharashtra, Bihar, Delhi, Karnataka, Telangana and Uttar Pradesh in issuing orders for prohibiting the use of the painful bits.

“Apart from helping the police enforce the ban, we are campaigning for laws to be introduced to include a ban on the manufacture and sale of spiked bits, a loophole that needs to be closed,” a PETA-India spokesperson said on June 30.