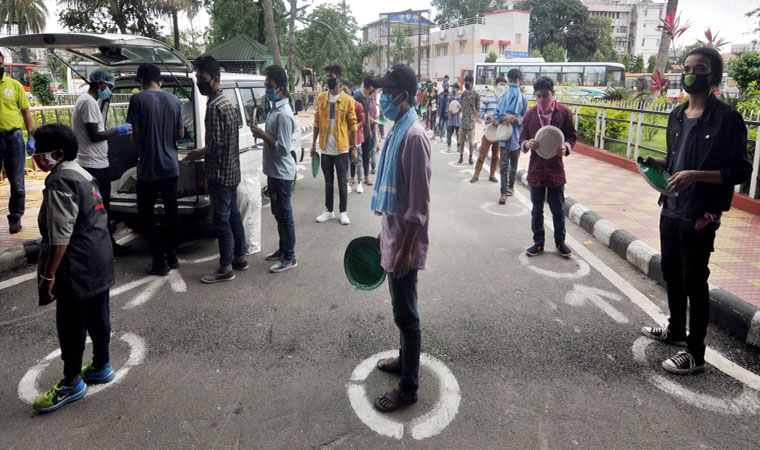 Officials say rising case count is due to increase testing

Assam’s COVID-19 case count has crossed the 5,000 mark because of an increased rate of testing, officials said.

On the brighter side, the discharge rate has been 61%.

State Health Minister Himanta Biswa Sarma said 5,006 people tested positive by 11:55 pm on June 19, with a total of 102 people added to the list. He also underlined the recovery of 3,066 among them.

The number of active cases stood at 1,928, while nine people died and three migrated to other States.

“Over 61% of the total patients are back home. The remaining shall soon go back,” he said, attributing the increase in the number of cases to the ramping up of testing facilities across the State.

On June 19, the COVID-19 teams conducted more than 12,000 tests across 11 government hospitals and some designated private facilities. This saw the number of people tested increase from 246,590 to 258,797 within 24 hours.

The bulk of the cases in Assam has been reported from Kamrup (Metro) district comprising Guwahati and its outskirts. District officials said 99 localities of the city have been declared as containment zones after detection of cases.

Tripura is behind Assam with 1,181 positive cases, 523 of which are active. The State recorded 657 recoveries and one death.

Manipur, Nagaland, Mizoram, Arunachal Pradesh, Sikkim and Meghalaya have seen 681, 201, 140, 135, 70 and 43 cases respectively. The increase in the positive cases in Sikkim has been within the shortest span, while Meghalaya is the one State among these where a person – a 69-year-old doctor – died of COVID-19.

Thief quarantined
A 22-year-old man in western Assam’s Chirang district was quarantined on Friday after the police caught him for allegedly stealing a mobile phone of a COVID-19 patient in the isolation ward of a civil hospital in Kajalgaon.

The police caught the man, identified as Pappu Barman, from his home about 15 km from the hospital.

“We have taken his swab samples and are awaiting the test report,” a district Health official said.

Chirang’s Superintendent of Police Sudhakar Singh said the police studied the hospital’s CCTV footage and tracked the stolen smartphone to catch the man.

The police in southern Assam’s Hailakandi district also caught two persons – J.H. Mazumdar and Parul Hussain – who jumped quarantine on Friday morning to buy cigarettes and do some window-shopping.

The men confessed to having broken the grilled window and lock of the door of an institutional quarantine centre.