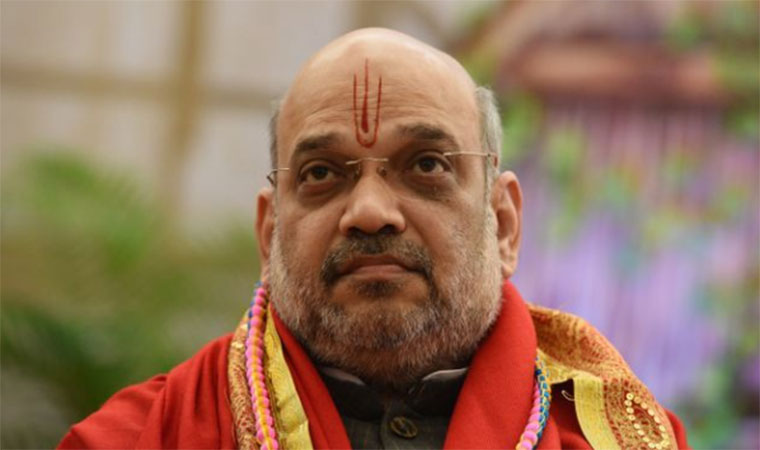 The Centre is all set to sign an accord with the banned Assam-based insurgent group National Democratic Front of Boroland (NDFB) today providing political and economic bonanza, sans the outfit’s key demand of a separate Bodoland state or Union Territory.

In the tripartite agreement to be signed, the Union government will be represented by Home Minister Amit Shah along with the Assam Chief Minister Sarbananda Sonowal, factions of rebel group National Democratic Front of Bodoland and the All Bodo Students’ Union. The meeting will also be attended by the Union Home Secretary Satyendra Garg and Assam Chief Secretary Kumar Sanjay Krishna.

This agreement aims at restoring peace and tranquility in the region by granting special economic and politics provisions to the people of Bodoland.

“The accord will provide for some political rights to the Bodo tribals living in Assam and some economic package for the community,” a senior official was quoted as saying.

However, the the territorial integrity of Assam will be maintained.

“The accord will be within the framework of the Constitution without splitting the state,” another official said.

Who are Bodos?
Bodos are an ethnolinguistic community spread across north-east India but are concentrated in Assam. They speak the bodo language, a mixture of a dialect of Tibetan and Burmese, recognised as one of the twenty-two scheduled languages in the constitution of India.

The demand for a separate state ‘Bodoland’ gained momentum in mid 1980’s to preserve their culture and identity as Mizoram, which had already been given the status of a Union Territory was given full statehood in 1987. The movement for separate state of Bodoland was led by All Bodo Students’ Union as they claimed that Bodos were a marginalised community and were being devoid of their rights in Assam. The movement turned violent in many districts claiming hundreds of lives. The centre was then forced to sign a treaty with the ABSU to restore peace in the area.

First Bodo Accord
For the first time the Bodo accord was signed with the All Bodo Students Union in 1993, which led to the creation of a Bodoland Autonomous Council (BAC). BAC has limited political and economic provisions.

Second Bodo Accord
Later in the year 2003, the second accord was signed with the rebel outfit Bodo Liberation Tigers (BLT), leading to formation of a Bodoland Territorial Council (BTC). BTC included four districts of Assam– Kokrajhar, Chirang, Baska and Udalguri. It was give more financial and political liberty.

Proposed Bodo Accord
According to the new accord, five new districts will be created and included in BTAD. Its jurisdiction will be extended to Sonitpur and Lakhimpur by creating Mainaosri and Holongi districts, claims The Hindu.

The proposed new autonomous council will also have special rights for the domiciles, and “outsiders” will have to obtain a “permit” to work in these areas. The draft says the persons “allowed to stay within the council for time being on work permit” will not have the right to vote.

However, Finance and Health Minister of Assam Himanta Biswa Sarma, denied reports of any new village or area to be added to the BTAD. The Centre has informed the state government that no Union Territory will be created or new areas be added to the BTAD, but the accord will ensure that the territorial integrity of Assam is maintained,” said Sarma.

CAA and Bodoland
The BTAD and some other areas are mentioned under the Sixth Schedule of the Constitution. Thus, they are exempted from the newly amended Citizenship Act. There have been violent protests going on in Assam against the new law that allows non-Muslims from Pakistan, Bangladesh and Afghanistan, who entered India on or before December 31, 2014, to apply for Indian citizenship.