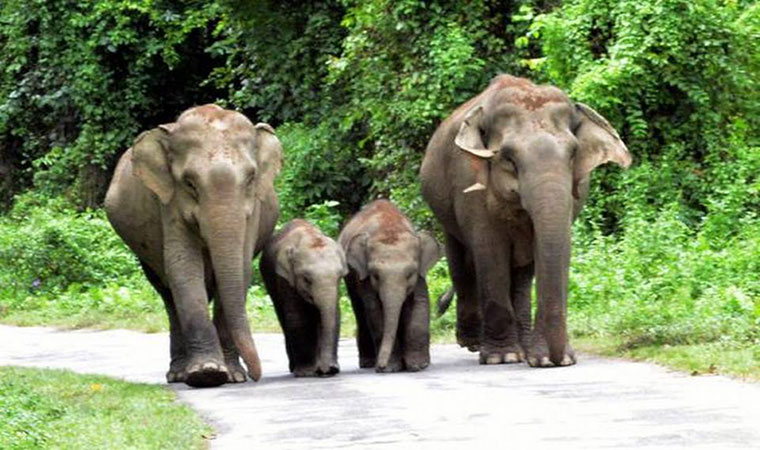 The North Eastern Coalfields (NEC), a unit of Coal India Limited in Assam, has temporarily halted its operations following protests over its impact on a subtropical rainforest nearby.

An office order signed by NEC’s general manager based in eastern Assam’s Margherita said all mining operations have been suspended with effect from June 3.

The order also stated that the “liquidation of present coal-stock will continue till existing coal stock is exhausted” and all necessary statutory formalities would be taken up with the statutory bodies concerned.

A campaign for saving the 111.19 sq. km Dehing Patkai Wildlife Sanctuary had gathered momentum after The Hindu had in April broken the story on the National Board for Wild Life’s (NBWL) nod for coal mining in a part of the Dehing Patkai Elephant Reserve, which encompasses the sanctuary and several forest reserves and urban settlements across Tinsukia, Dibrugarh and Sivasagar districts.

The NBWL’s Standing Committee had on April 7 discussed a proposal for the use of 98.59 hectares of land from the Saleki Proposed Reserve Forest land for a coal mining project by NEC. The NBWL is under the Ministry of Environment, Forest and Climate Change.

The NBWL had approved the diversion of this forest land, 41.39 hectares of which it said was unbroken, for NEC’s Tikok open-cast coal mining project. NEC had suspended the Tikok project in October 2019 but was producing coal in its Tirap open-cast project nearby.

On June 4, the Gauhati High Court had accepted some public interest litigations that sought a stay on all mining operations in the Dehing Patkai area. The court directed both the Centre and State governments to submit all documents relevant to the matter.

The NEC has about 1,100 employees and prolonged suspension of coal mining operations in Assam could lead to their relocation to other projects of Coal India Limited.