At least 13 people in Guwahati tested positive for the disease but they did not have any travel history in recent times. 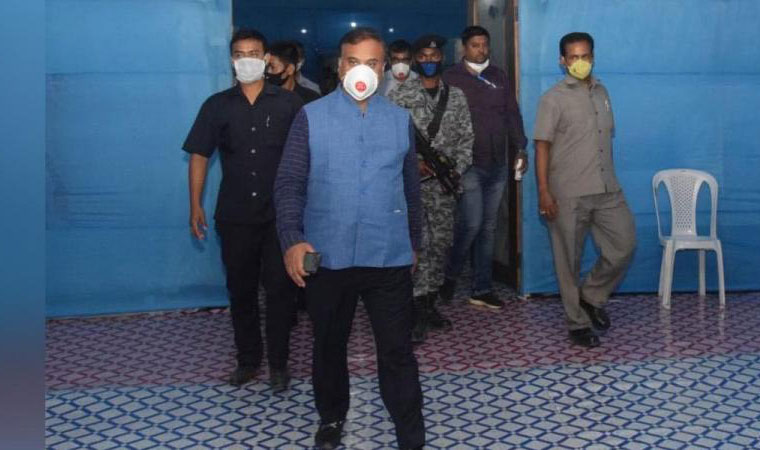 GUWAHATI: The Health Department in Assam is worried as they believe there is community transmission of COVID-19 in Guwahati.

At least 13 people in the city tested positive for the disease but they did not have any travel history in recent times.

Health Minister Himanta Biswa Sarma said the growing number of cases, reported from the society, was a matter of grave concern for the Health Department.

“Thirteen cases were reported from the society (in Guwahati). So, there is a strain moving. We have to stop it at some point. We have some worries about Guwahati,” the Minister said.

The Health Department identified three localities where it found a trend of the disease.

“There is a pharmaceutical company near the Harishabha at Pan Bazaar. A lot of people go there to buy medicines. As we recorded three cases within a radius of 100 metres there, we are thinking of making the area a containment zone for seven days. We have to strictly maintain the containment protocols,” Sarma said.

He said most of the cases in the city had a link with the Harishabha at Pan Bazaar.

“We found a trend also in the godown areas of Bishnupur and Fatasil Ambari. So, if we can isolate the two areas, the disease will not spread. The infection in Guwahati is indeed a matter of grave concern for all of us,” the Minister added.

About a week ago, he had said 98% of the cases in the state were reported from returnees lodged in the institutional quarantine centres.

With 897, Tripura has recorded the second highest number of cases in the Northeast. It was followed by Manipur 309, Nagaland 128, Mizoram 93, Arunachal Pradesh 61, Meghalaya 44 and Sikkim 13.

So far, eight people have died – six of them in Assam and one each in Tripura and Meghalaya. 1,591 people have recovered.