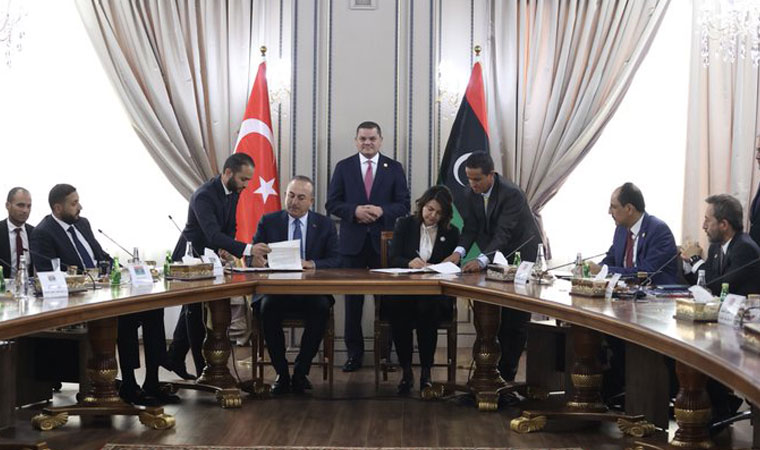 Tensions in the Eastern Mediterranean ratcheted up to new highs after Turkey signed a “preliminary deal” with Libya’s Tripoli-based government allowing for oil and gas exploration in a contested maritime zone.

“It is indeed an escalation,” a diplomat with knowledge of the matter told Middle East Eye on condition of anonymity.

“If Turkey tries to send drilling ships south of the island of Crete, it will be very serious for the region and its stability,” the official added.

Libya should now define its maritime borders and register them at the UN, Cavuşoğlu says. photo @anadoluimages pic.twitter.com/vni5briVXM

Borsa Istanbul down at opening session

The bomb used in Istanbul blast was manufactured online: Soylu