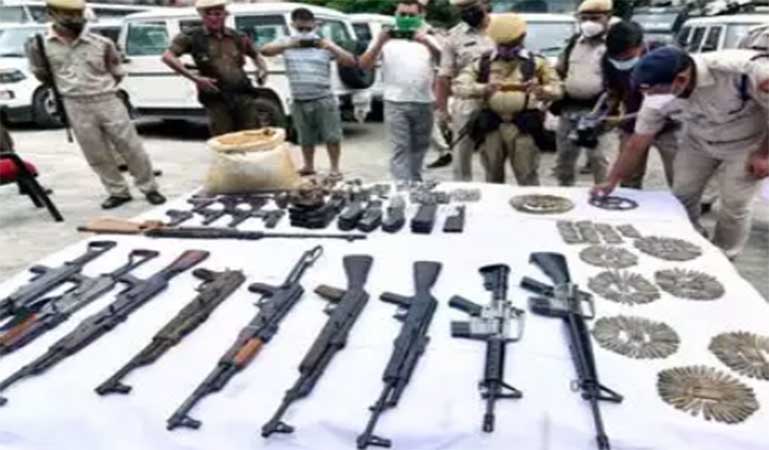 GUWAHATI: Huge cache of arms, ammunition and explosives were recovered in Assam’s Udalguri district ahead of the Independence Day, police said on Friday.

Acting on a tip-off, the recoveries were made in a joint operation by the Guwahati Police and the Udalguri Police at several places of the district on Thursday night, they said.

Besides, 200 detonator caps, 20 striker springs, and 20 kgs of explosives were also recovered during the operations, he added.

Security has been further tightened across the state following the recoveries, police said.
On January 27, the government had signed an accord with all the factions of the National Democratic Front of Boroland (NDFB), one of the dreaded insurgent groups of Assam, All Bodo Students Union and United Bodo People’s Organisation, providing political and economic bonanza to the Bodoland region.

Following this, 1,615 cadres of all the factions of NDFB laid down their arms on January 30.
However, there were allegations that the banned militant group did not deposit all of its arms.