NBWL has recommended that the mining activity be stopped immediately and deferred the matter till further discussions with CIL. 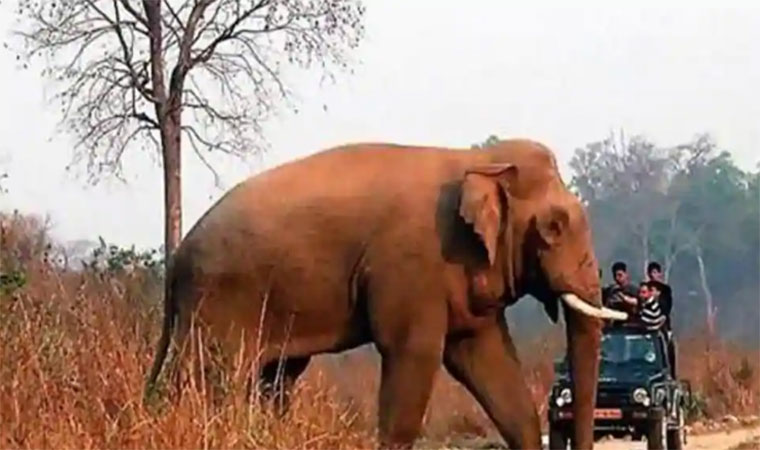 The National Board for Wildlife is considering diversion of 98.59 ha of reserve forestland from Assam’s Dehing Patkai Elephant Reserve for Tikok opencast coal mining project by North-Eastern Coal Field, a unit of Coal India Limited.(HT File / Photo used for representational purpose only)

Coal India Limited (CIL) had opened and mined 73.2 hectares (ha) of forest area in Assam’s Dehing Patkai Elephant Reserve without wildlife or forest clearance, the minutes of the latest meeting of National Board for Wildlife (NBWL) have revealed.

NBWL, which comes under the Union Ministry of Environment, Forest and Climate Change (MoEFCC), is considering diversion of 98.59 ha of reserve forestland from Assam’s Dehing Patkai Elephant Reserve for Tikok opencast coal mining project by North-Eastern Coal Field, a unit of CIL.

Earlier, NBWL members had said that CIL had mined a part of the forestland, measuring 57.2 ha, years ago without seeking its clearance.

NBWL had directed CIL and Assam government to submit a mine reclamation plan for the area, which had been broken up. It had also sought a feasibility report on underground mining for the remaining unbroken tract of land in a bid to ensure that the biodiversity of the rich biosphere is not affected.

NBWL has recommended that the mining activity be stopped immediately and deferred the matter till further discussions with CIL.

“Yes, they (CIL) have mined in more areas than earlier known. I had brought this to the notice of the government as soon as I had learned about it. Principal Chief Conservator of Forests, Assam, also confirmed this during the meeting,” said R Sukumar, an ecologist at the Indian Institute of Science (IISc), Bengaluru, and a member of NBWL.

“CIL had broken up 57.2 ha years ago and mined it without any permission, in violation of laws. They have been directed to (pay) penalty for this and submit a mine reclamation plan. The plan they have submitted includes trees from central India, which is not even the native biodiversity of Assam. CIL has been asked to come back again with a proper plan,” Sukumar had said in April, when CIL’s application was first considered. “The rest of the area borders Arunachal Pradesh and it cannot be broken up. The standing committee has told them (CIL) that forests there cannot be opened up,” he had said.

“We don’t have any response on this as of now,” said a CIL senior official.

“There’s a huge problem in governance if expert bodies incharge of protecting the environment have to rely on illegally operating projects to reveal truths to them. But we all know this very well by now. The important question is what do we do with these institutions now that only serve as channels to legitimise and justify illegal projects?“Any project can circumambulate around these institutions and clean up its past deeds,” said Manju Menon, senior fellow, Centre for Policy Research, New Delhi.

NBWL is also considering the diversion of 10.45 ha of forestland for doubling of Tinaighat–Castlerock– Caranzol passing through Karnataka’s Dandeli – Anshi Tiger Reserve, which will lead to clearing of forests in the eco-sensitive areas of the Western Ghats.

Among other significant proposals, the NBWL also heard five proposals for sand mining within a five-kilometre (km) radius of Rajaji National Park in Uttarakhand.

NBWL asked the Uttarakhand government to resubmit the proposals after carrying out a study of the cumulative impact of sand mining around Rajaji National Park.

It recommended diversion of 63.13 ha forestland for laying of 132-kilovolt (KV) transmission line from Rilo to Seijosa passing through the buffer zone of Pakke Tiger Reserve, which is located at three-10 km away from the critical tiger habitat in Pakke Kessang district of Arunachal Pradesh.

Pakke is also a natural habitat for several species of hornbills in India.