Six people who could be seen in the videos have been arrested. Search for other people involved in the crime is on. 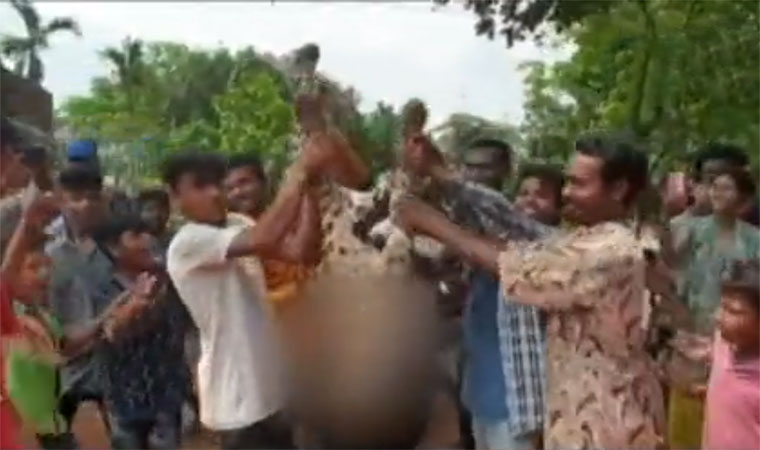 Guwahati: A leopard that entered a residential colony on the outskirts of Assam’s Guwahati was cornered by a group of men and beaten to death before the forest department could rescue the animal. In a disturbing video that is circulating on social media, locals are seen parading its carcass as a trophy while spectators of the brutality hoot and cheer. Later, they broke its teeth off and peeled its skin.
Six people who could be seen in the viral videos have been arrested. Search for the other people involved in the crime is on.

Locals say the incident could have been avoided had the forest department acted proactively.

The forest department has admitted that they were alerted about a trapped leopard at 5 AM on Sunday but before they reached the spot, it fled.

Some locals followed the animal into the forest and killed it. The incident took place in a reserved forest area, government sources further added.

Incidents of leopard-human encounters have been on the rise across the country. Loss of habitat, experts say, is one of the foremost reasons that leads to the animals turning to human colonies for food.