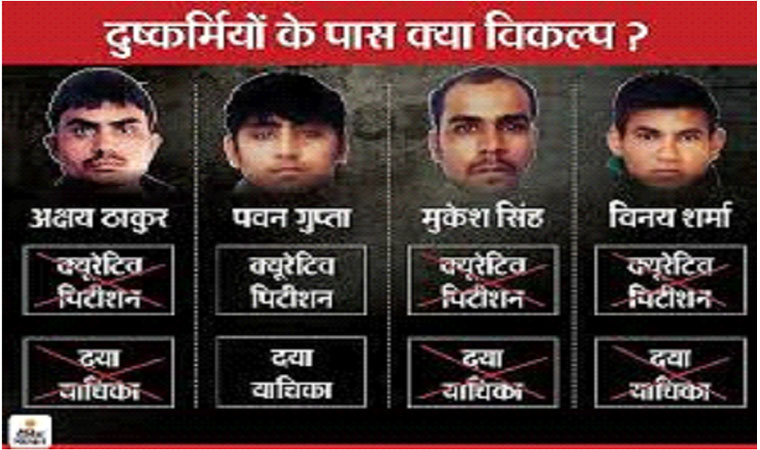 NN Bureau, March 02: Today in the hearing of Patiala House Court, the judge says that they will not be hanged tomorrow.

The decision has been taken due to filling of mercy petition just after the failure of curative petition by one of the convicts which are still pending with President Ram Nath Kovind. They are filling staggered petition one by one to save themselves from the execution. The four men convicted in the rape and killing of a 23 year old medical student in Delhi in 2012 were about to be hanged tomorrow but now it has been delayed.