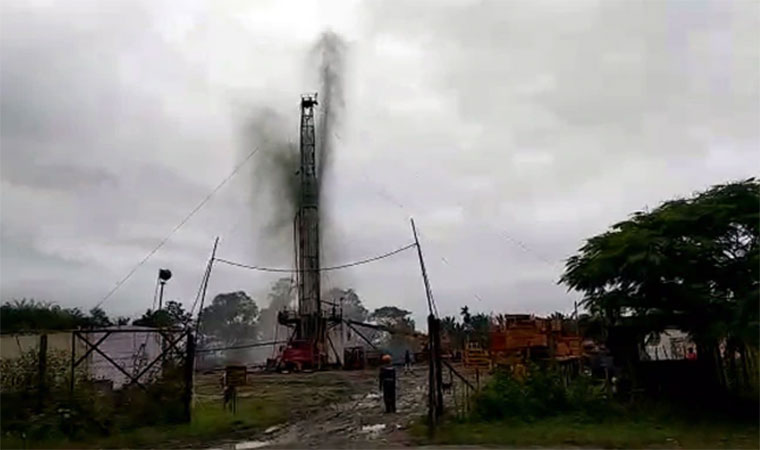 According to OIL, removal of well site debris, development of approach road and movement of equipment from the well site is in progress.

OIL India Limited (OIL) has engaged consultants to carry out environment impact assessment studies of the blowout at its gas producing well in Baghjan in Upper Assam.

The well has been spewing gas after a blowout on May 27. OIL has roped in foreign experts to arrest the uncontrolled gas flow and is also getting help from the National Disaster Response Force and state-run ONGC.

Over 1,600 families have been evacuated from nearby affected areas and put up in relief camps. The blowout has resulted in oil condensate from the well covering trees, water bodies and people’s homes.

Some tea growers have complained that factories have refused to accept their produce following the blow out. Locals also say that fish production in the area is affected. The affected population is seeking compensation from OIL.

A team from the NABET-accredited consultant has already started work.

Amar Nath, joint secretary in the ministry of petroleum and natural gas (MoPNG), has reviewed the situation. Earlier, Assam chief minister Sarbananda Sonowal had sought petroleum minister Dharmendra Pradhan’s help in getting foreign experts to plug the leak in the well.

OIL issued a statement saying, “Pumping of water to the well through the casing valve is in progress to minimise chances of fire. Fabrication of Fit for purpose equipment (hydraulically driven mechanical transporter) at OIL workshop under the supervision of OIL & ONGC CMT teams is in progress. Testing of equipment required for controlling the well is in progress.”

According to OIL, removal of well site debris, development of approach road and movement of equipment from the well site is in progress. It has also created a water reservoir near the well site plinth and is preparing the area for placement of pumps.