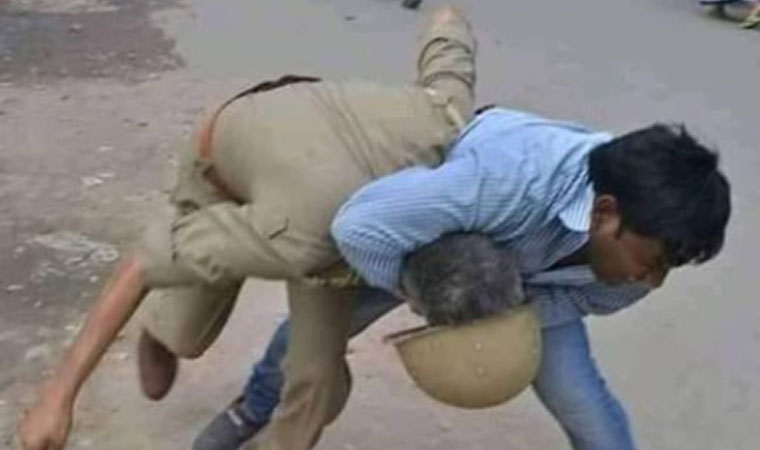 N N Bureau, 28 March : As feared by the conscious people of the society, public have begun counter attack on police in different parts of the state. Today in Bodi Bazar of Bongaigaon district two police personnel were severely injured in public’s attack. Both policemen were later hospitalised. It can be mentioned that yesterday also a similar incident took place in Phalimari Bazar of Dhubri. Police have already arrested several persons in connection with both the incidents.