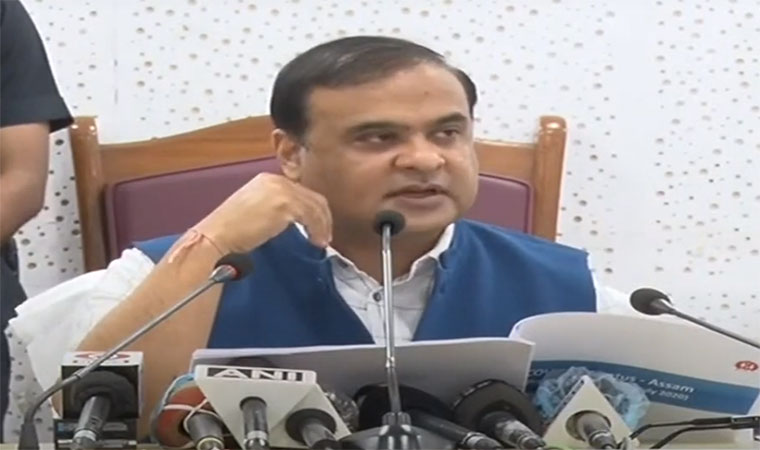 Guwahati: Assam finance and health minister Himanta Biswa Sarma today said that rapid antigen tests are now being conducted across the state in a bid to keep a check on the number of COVID-19 infections.

He also announced that two labs are in the works at the Jorhat Medical College and the Barpeta Medical College. Himanta Biswa Sarma said that the number of RT-PCR tests will soon reach 19. “Today, we will be able to conduct 6 lakh tests”, the health Minister further informed.

The health minister also said that Assam has been able to conduct 17,800 tests per million. “Only 3 states – Delhi, Andhra Pradesh, and Tamil Nadu – have been able to supersede us in this regard”, Sarma announced.

Sarma also announced that 48 patients have succumbed to death and the mortality rate is .24%. The newer deaths are being ascertained by the Death Audit Board.

Amid massive participation of people in the centre’s tiranga campaign, an ULFA (I) flag was…

Two Assam Rifles personnel were injured in an encounter with the proscribed NSCN (K-YA), the…