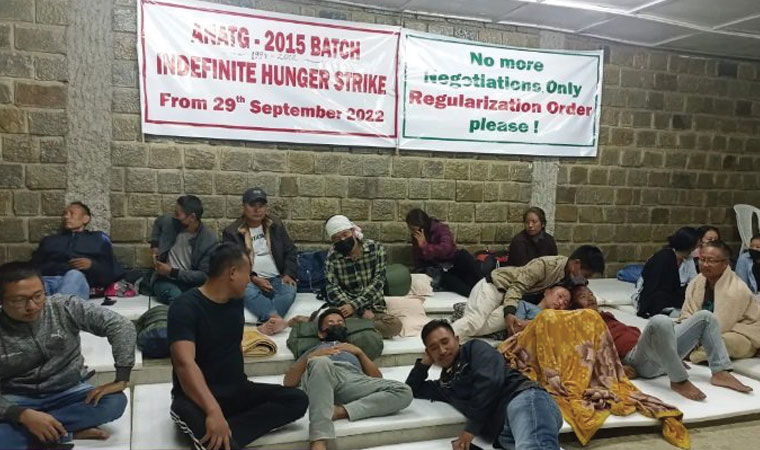 A group of agitating teachers appointed on an ad hoc basis in government schools in Nagaland on Monday wrote a letter to Chief Minister Neiphiu Rio, seeking his intervention to fulfil their demand for service regularisation.

A total of 1,166 members of the All Nagaland Ad hoc Teachers Group (ANATG)-2015 batch, appointed to different government schools in the state from 1994 to 2012, staged peaceful demonstrations outside the State Civil Secretariat from Monday to Thursday.

At least 38 volunteers have been observing a hunger strike, while others continued their protest at Naga Solidarity Park in Kohima.

Prime Minister Narendra Modi on Thursday greeted the people of Nagaland on its statehood day,…